Leeks are a standard winter crop in most vegetable plots. They do need to be sown in containers or a separate part of the garden before transplanting to their final positions. They also occupy the ground for a long time, but they can be harvested from autumn to late winter.

Leeks grow best in in open ground, but they can be grown in containers or raised beds. They don't do so well if grown in growbags.

For a decent crop you will need to improve the soil by digging in plenty of compost or well-rotted manure.

They can be sown either directly into the ground, or in seed trays left outdoors. Sow one seed per module in modular trays. Leeks are often sown into a bed that is away from your main vegetable plot and then transplanted later in the season; the reason being that they can take up a lot of precious, mid-season, space if planted in their final growing positions. They do, however, make a good companion crop for carrots as alliums are said to ward off carrot root fly. If sowing in rows: sow thinly 1-2cm (0.5in) deep in rows 15cm (6in) apart in March or April.

Young leeks are ready to transplant in June when they have grown to 20cm (8in) tall and are around the thickness of a pencil. They should be well watered the day before transplanting. Prepare them by cutting off the tips of the roots. Make a hole 15cm (6in) deep for each of the plants in rows 30cm (12in) apart. Drop a plant into each hole. Water the leeks into their holes, but do not fill them in with soil, just let the water bed them in. If you have more leek seedlings than space; it is possible to plant 2 or three leeks in each hole. Individually they will be smaller, but you should get the same yield.

If you want a larger white part to the leeks, try drawing soil up around the stems as it grows, but be careful not to push it between the leaves. Water plants during dry spells and weed regularly.

Your plants will be available for lifting when they are still quite small, this will allow a long harvest period. Gently prize them from the soil using a fork. You can leave them in the soil throughout winter until they are needed. Like many of the alliums, the flowers of leeks can be eaten too. Sprinkle on top of finished dishes for a spring onion/garlic hint. 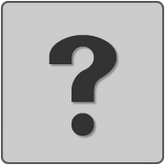