WikiGardener
Register
Don't have an account?
Sign In
Advertisement
in: Pages with reference errors, Plantae, Angiosperms,
and 7 more

Celery is used around the world as a vegetable, either for the crisp petiole (leaf stalk) or the fleshy toproot. In temperate countries, celery is also grown for its seeds. Actually very small Vegetable, these "seeds" yield a valuable volatile oil used in the perfume and pharmaceutical industries. Celery seeds can be used as flavouring or spice, either as whole seeds or ground and mixed with salt, as celery salt. Celery salt can also be made from an extract of the roots. Celery salt is used as a seasoning, in cocktails.

There are two types of celery: Trench varieties - these must be sown at the bottom of a trench, which is then filled in to blanch the stalks; and Self-blanching varieties - these are planted close together in a block so that they shade each other to blanch.

Blanching is not done to whiten the stalks as with leeks, but to lengthen the stalks, reduce the stringiness and to improve the flavour.[1]

Choose a sunny site for all varieties.

Prepare the soil in April.

Incorporate a generous dressing of manure or compost to the bed when preparing.

Sow seeds in a tray of seed compost and cover thinly with fine compost. Put the tray in a warm environment (10-13°C/50-55°F), either in a warm greenhouse, or in a plastic bag in an airing cupboard.[2]

For trench varieties, delay this process for 2-3 weeks.

When seedlings are large enough to handle, prick them out and transplant to a tray of potting compost 5cm (2in) apart. Grow in a greenhouse or on a windowsill for 2-3 weeks.[2]

Harden plants off outdoors before planting in May/June.

Plant seedlings 25cm (9in) apart in the base of your pre-prepared trench and water thoroughly until the plants are established.

Plant seedlings 25cm (9in) apart in each direction to form a block. Keep soil balls intact while transplanting and water well until established.[2]

Celery is a thirsty crop,water copiously in dry weather and liquid feed with a soluble fertiliser during summer months.[1]

Begin earthing up when plants are 30-40cm (12-15in) tall. Cut off any suckers that grow from the base and tie black polythene or paper around the stems. Water thoroughly and draw some soil into the trench from either side to form a ridge within the trench the reaches half way up the stems of each plant.[2]

Three weeks later draw more soil around the plants to the base of the leaves.[2]

After another three weeks, make a final earthing up to produce a ridge. Do not let soil fall into the celery hearts.

Remove side-growths from the bases as they appear.

If you have not used a frame around the stalks to blanch the outside stem, tuck straw around the block in late summer.

Begin lifting plants in mid autumn. Open the ridge from one end and remove plants with a fork. Replace earthing up as protection against frosts.[2]

Lift as required from late summer. Replace straw around un-harvested plants. Harvest all plants before severe frosts set in. 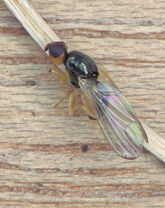